Ahead of the Easter holidays, some of our students visited Tewkesbury Abbey today. Students were invited to write down their hopes and wishes and add it to the tree. One message sent from Norton College Tewkesbury was “hoping for peace” – something that has been part of lots of PSHE discussions lately. 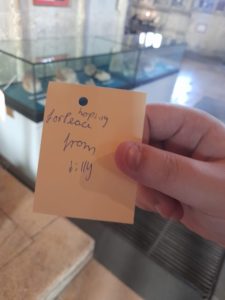 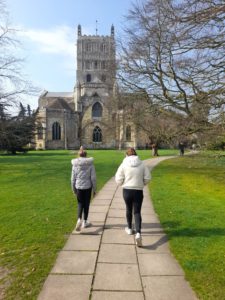 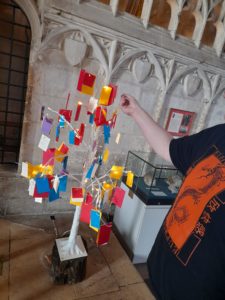 Here is some information about the Abby and its history, which we are so lucky to have on our doorstep:

The Abbey Church of St Mary the Virgin, Tewkesbury–commonly known as Tewkesbury Abbey–is located in the English county of Gloucestershire. A former Benedictine monastery, it is now a parish church. Considered one of the finest examples of Norman architecture in Britain, it has the largest Romanesque crossing tower in Europe.

Tewkesbury had been a centre for worship since the 7th century. A priory was established there in the 10th century. The present building was started in the early 12th century. It was unsuccessfully used as a sanctuary in the Wars of the Roses. After the Dissolution of the Monasteries, Tewkesbury Abbey became the parish church for the town. George Gilbert Scott led the Restoration of the building in the late 19th century. The church and churchyard within the abbey precincts include tombs and memorials to many of the aristocracy of the area.

To find out more about the Abby, here is the official webpage: